Christmas all year round: good deeds are just a wish away

For a lot of people, Christmas goes hand in hand with clear thoughts, broad smiles, and good deeds. It is during this season that we want to share with the others and help those who need it the most. But what if we did it all year round? This is an example that Tomas Pašvenskas, Leader of the Trade Surveillance team and an ambassador of the ‘Jokio skirtumo’ initiative is setting: in the departing year of 2021, he found ways to share kindness just as he inspired a whole lot of his colleagues to follow suit.

It has been for a whole year that Tomas has been helping the Sikorskis family - nine children and their guardian lady - in Švenčionys district. Tomas was visited by the idea to extend help to those who need it quite by chance: as he and his wife were moving from one place of residence to another, they noticed that they no longer needed a lot of things that were still in good shape. That was how this beautiful friendship, one that has already lasted for a whole year, began.

‘Last winter, I was looking for ways on social media to make direct donations of various things to those who really need them. That is how I found a family that my wife and I decided to help. One-time assistance then came to be a routine thing, with my friends, neighbours, and, of course, colleagues at Danske Bank joining in,’ says Tomas.

With the holidays approaching, Tomas invited Danske Bank Lithuania’s entire workforce of 4,000 people to join the support initiative. The result: warm clothes, books, five new cellphones, and other presents to make the holidays brighter and warmer for the family.

As he got to know the family better and better, Tomas also realised that the children could really use some bikes: both in their pastime and as a convenient means of commute in their remote location. Getting new bikes was a number-one job for Tomas, and he successfully pulled it off with the help of his colleagues and Dviračių Arena and Velonova. Tomas was helped with the delivery of all the presents by KIA Auto, which took care of the transportation and the Christmas feast for the family. 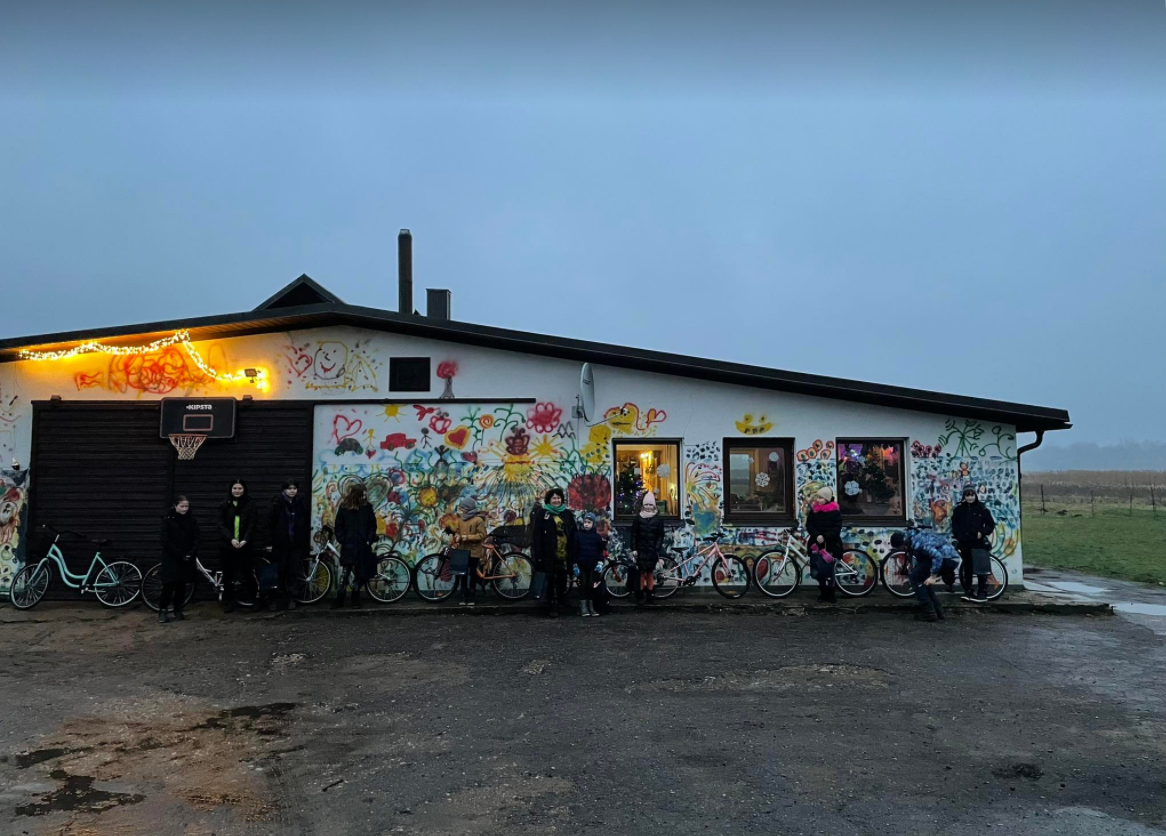 Tomas says the children were super excited about the presents and the attention, which they returned in spades: the little ones gave the Danske Bank team, which delivered the gifts, a tour of their rooms, staged an impromptu concert, treated the team to some tea, and gave them drawings, honey, and other gifts to take back to Vilnius.

‘Christmas is truly a special time when many think of things they could do for the good of others. I am happy that here at Danske Bank, such thoughts become actions all year round, what with the abundance of social abundance that the colleagues can join or even initiate themselves,’ says Tomas.

Early December saw the completion of Bid2Give, a furniture auction launched by the people at Danske Bank, in which a staggering EUR 50 thousand was donated to the country’s non-governmental organisations.
Danske Bank colleagues also have the option of taking one day off during the year to do volunteer work. That way, before the quarantine, the colleagues would spend 5,000 hours on average working as volunteers during any given year.
Danske Bank also provides financial sponsorship to national NGOs: for instance, in 2021, the sponsorship became 20 thousand kilograms of food and 45 thousand lunch meals for the country’s impoverished residents.