Does team diversity provide the path to success?

Ona Juodkienė, Senior Vice President and IT Lead for Risk Tribe, as well as Member of the Danske Bank Group's Diversity and Inclusion Council 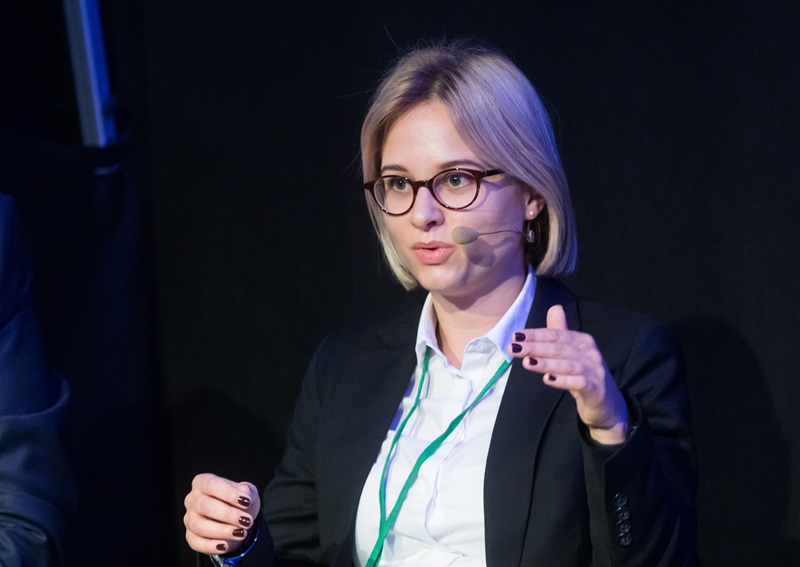 It has long been thought that a man's duty is to build a house and bring bread, while a woman's duty is to take care of the family. Much has changed over time, but male dominance - both in hunting or wars and in the labour market - has remained. Today we live in a completely different world, but it is still difficult to restore the lost balance, because in many areas men are in a decision-making position - they decide whether to let a woman into their circle. Keeping pace with the modern world, we are no longer talking just about women's rights, but also about involving other social or ethnic groups in decision-making. In an organisation, the diversity and inclusion of people becomes a core value for maximum business results and an inclusive internal culture.

Both men and women can lead company
While a lot of time has passed since the period of hunters and handlers, we still face the view that it is the man who should take the position of manager and play a key role in the company. Of course, this and other similar stereotypes make it very difficult for women not only to be able to take on leadership roles, but also to excel in the industry. According to research, around 40% women leave IT organisations after 10 years of work, while only 17% men make this decision under the same circumstances. This trend is influenced not only by unfavourable conditions or reckless behaviour of managers, but also by the exclusion between men and women.

Of course, the differences in approach are also crucial. It is because of them that it becomes a key challenge for women working in technology to become equal participants in discussion and decision-making. They have to put in more work and effort in convincing that their experience is as valuable as that of men, and that the decisions they make can lead to no less successful results.

More diversity - the key to success?
Promoting diversity for managers who are accustomed to working in a homogeneous group of employees is difficult and perhaps even unfavourable. Driven by their fears and bias, they usually hire people like themselves. This is thought to make the whole team feel safer, more trusting of each other and able to predict each other’s behaviour. Everything seems to be convenient for everyone, why change anything?

Well, because in such a homogeneous group, it might be easy to make decisions, but it is extremely difficult to discover new ideas for business development, evaluate all alternatives or look for more creative solutions. Therefore, even though homogeneity within a group of friends is justified, from a business point of view, it hinders the progress of the organisation and is counterproductive to financial success.

On the other hand, recklessly pursuing diversity without making an effort to ensure communion between people and their full involvement, can also have a negative effect. Studies show that in cases where diversity is high but inclusion is lacking, people are more likely to quit their jobs because of a declined commitment to the organisation as well as a sense of insecurity.

In this case, it is very important to talk about tolerance for the other person - a person of the opposite sex, a person who dresses or looks differently, has a disability or promotes a different way living. The potential of a team, and at the same time a company, will open up when everyone, being diverse, feel equally respected in the team, have equal career opportunities and are able to express their opinion as well as participate in decision-making.

Driven by their fears and bias, they usually hire people like themselves. Ona Juodkiene

From diversity to inclusion

While diversity should be ensured by hiring managers, it is up to everyone to work on inclusion issues - managers, human resources and communication specialists, in-house lawyers and all employees. The internal culture, values, and way of communicating are often key items to ensuring employee communion, but it is equally important to keep an eye open on all organisational processes that are commonly accepted as standard but sometimes severely limit the opportunities of certain groups.

At Danske Bank, we try not to prevent career development for expecting women colleagues - we have several cases when women were promoted just before taking maternity leave. Stereotypically, this could be seen as a company damaging practice, but from a forward-looking perspective, the company gains more by ensuring team diversity and inclusion, and enables a woman's career to continue to thrive, regardless of her personal life choices.

We try to notice and correct seemingly small, but for some very significant details. Such as Danske Bank's family health insurance, where there was a reference to a 'spouse', which would limit same-sex partners' access to family health insurance. In this case, we agreed with the insurance company not only a change in the wording (now called “cohabiting partner, regardless of gender”), but also a change in the insurance terms. Prompt identification and correction of such errors increases employee confidence in the company and creates an inclusive atmosphere.

We take a holistic approach to diversity and inclusion issues at Danske Bank: from the establishment of the Internal Diversity and Inclusion Council, the review of internal processes and internal trainings, to cooperation with external organisations such as Women Go Tech and the Office of the Equal Opportunities Ombudsperson in Lithuania or Stonewall - an organisation actively fighting for LGBT + rights. We aim to provide an opportunity for people of all kinds to enter the labour market and climb the career ladder, while encouraging our society to become more open, tolerant and positive.